Hold on to your quantumhelmets, it’s about to get psychedelic up in this blog.

Did you notice that most of what I say here rests on the assumption of linear time? Writing messages to you inherently presupposes my existence within a temporal arrow, moving in a constant, straight line from the present towards the future. Where my existence stops, yours is roughly about to begin. Recently, however, I’ve come across new ideas, making me recall other ideas hypothesizing that the strange and malleable entity that is human memory could mess ever so slightly with linear time.

Honestly, though, why am I explaining this to you like you’re some future dumbass? Isn’t it reasonable to assume that you’re smarter than me? As a self-proclaimed, incorrigible optimist, that’s what I have to believe. Especially because you’re the offspring of a generation that made it through the manifold hazards and general whirlwind of excrement that is the anthropocene. If that doesn’t take an army of seriously cerebral nerdheads, I fail to see what does.

Truth be told, I think I’m explaining so much because I want to make it clear that we think about things. That we’re not as dense and uptight as you might think we are. In light of civilization’s developmental trajectory over the last 5-6 thousand years, I think an inferiority complex is to be expected on my part. Anyhow, here goes:

First of all, you could make the case that existing in linear time constitutes a choice. Arguably, it can be considered a state of mind, circumventable through intellectual and creative effort. In an interview with FACT magazine from 2010, this is precisely what psychedelic electronic music producer Daniel Lopatin AKA Oneohtrix Point Never is saying:

“I think that maybe people are tired of linear time, and psychedelic music is as good a strategy as any for living in sacred time (…) Psychedelic experiences deny linear time and hint at sacred time.” 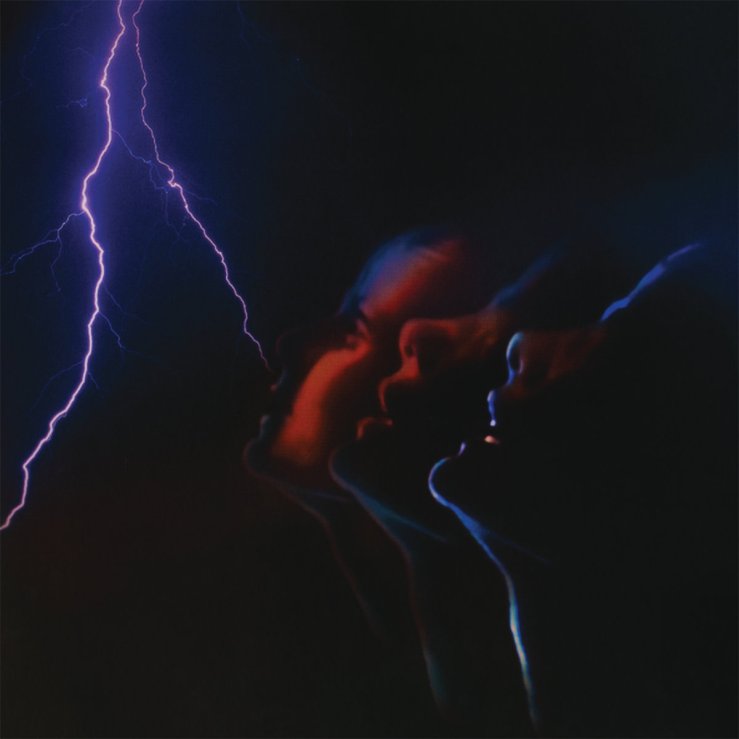 ‘Sacred time.’ An interesting term in this context that evokes ancient, tribal, circular conceptions of time (as well as a fair bit of contemporary new age-ism). Now, I don’t mean to toot my own heckelfon, but a few years back, I did an interview with Sougwen Chung for Dazed & Confused where I think she touches on similar motifs, visually and theoretically:

‘I think my process lends itself to a sort of natural and trend-agnostic expression. Timelessness is the goal isn’t it?’

Notice a theme? To these artists, sacred time and timelessness is preferable to the relentless progression of linear time. Both creatives, I think, create strategies for eloping the straight line of time, maybe as way of making their mark or producing singular works of art. It makes sense when you think about it.

In the name of futurist defiance of good taste, I’ll go further out on a limb here, and make the claim that there’s a special kind of tyranny involved in existing in linear time; in producing and being something that can be nailed and neatly compartmentalized into a specific era. It implies a determinism that paints all of humanity with the same brush, entailing that every generation is born, does their thing for a while, then dies. You lose your individuality and become part of the grey mass of zombies that time forgot. Out with the old and worm-ridden, in with the new, bright, young things. You’re it, then you’re literally nothing and so on.

On the face of it, it seems impossible to change. Time travel is truly a futuristic prospect. But what if you could find ways to challenge the ceaselessly moving train of time? Or at the very least put a small dent in the smug conductor’s ostentatious hat? In the larger scheme of things, it would seem a futile, Sisyphean undertaking. But there are certainly ways to rage against the dying of light with skill and dignity. Ways that could even offer wayward glimpses and cracks into the kaleidoscopic light of nonlinear time.

One of last year’s biggest blockbusters was a science-fiction epic featuring a female lead, a couple of gurgling, grunting, clicky-noise-making heptapod aliens and a creatively relativist approach to time. As Jóhann Jóhannson’s bittersweet, neo-classical soundtrack opens our senses to the ensuing plot, the lead character presciently sets the tone of the story by saying: ’Memory is a strange thing…’ indicating, we later come to realize, that the convergence of memory and time can produce time-relativizing results. ’ SPOILER ALERT: if you were planning on checking out the movie on your 2120 biotech device, look away now.

Towards the end, one of the aliens gives Dr. Louise Banks the gift of existing in nonlinear time. Fortified with her new ability, Louise is seemingly able to see her past, present and future simultaneously, and she subsequently prevents conflict on a global scale in the present because of the alien gift. Certain critics have described Louise’s intervention as time travel, but to me that seems like a simplification that diminishes the intent and ambition of the message while missing the point to some degree. The point being that the convergence of time and memory create relativity.

Arrival’s idea of human memory creating nonlinear time may be framed within a fresh,  original and deeply affecting narrative, but it’s certainly not new as I’m sure scholars and academics can attest to. For my own part, I can’t really refer to academic theory in this instance, but that’s just as well because I’ll go a head and be so bold as to claim that the director, Denis Villeneuve, has pilfered the idea straight from the pilot episode of Star Trek Deep Space Nine.

In the first episode of the third successive series of Star Trek, the Captain of the space station Deep Space 9 encounters a sacred being relating to the planet Bajor. The alien has special powers and it’s curious about Benjamin Cisco’s existence in linear time, causing it to force him through physically revisiting significant events in his own memory. He’s then confronted with meeting his wife for the first time, her subsequent death, having life-changing conversations with his son and other memorable milestones in his turbulent life. Eventually, it makes him realize that he exists in all of the revisited points in his memory. A sentiment, which is, in my opinion, very similar to the idea expressed in Arrival.

Taking a broader view, it’s also kind of related to one specific concept in an abstract poetry installation created by artist Robert Montgomery:

Call me an old melodramatic softie if you must, but I have to say I think the latter is an extremely intriguing and engaging proposition. If it’s a proposition we accept, then we’re somehow all able to exist nonlinearly by accessing living memories.

At the center of all of these nonlinear strategies, there’s a bittersweet, fleeting, elusive quality just out of reach, but somehow still present; you can’t really prove or disprove it. In the end, it’s down to what you believe and that’s part of it’s life-affirming appeal. If someone believes that their dead mother exists in their memory, that the connecting neurons transmitting her image resonates part of being, who am I to tell that person otherwise? A jaded asshole that’s who. likewise, if you choose to exist in your memories from time to time in nonlinear fashion, I won’t be the smartass wagging a finger in your face, telling you how naïve and sentimental that is. And you know what? There are undoubtedly so many things we don’t yet know in this world. A hundred years ago, contemporary telecommunication would be likened to magic in most the civilized world when it was just unknown science. What if there are game-changing, paradigm-shifting discoveries to be made at the intersection of memory and time? What if our experiential conception of time is still in the dark ages?

I’m hoping you’ll read this, utter a little, empathetic, future chuckle and think something along the lines of: ‘If he only knew.’

1 thought on “Remember the Time”